-GDP growth slows to 5.10% in Q1, a slowest pace in three years, due to contraction of industrial, construction, mining sectors’ output, and incidents related to Samsung’s Galaxy mobile phone production.

-Consumer price index (CPI), a gauge to measure inflation, has been under pressure to surpass the year’s 4.0% target, due to hikes of fuel costs and healthcare services, faster credit growth, and the impacts of the rebound of commodity prices on global markets, mainly the fuel costs.

-Vietnam’s fiscal position showed initial positive signs after the country posted a fiscal surplus of VND10 trillion in January-February, marking the first time in many years, thanks to the government’s tighter control over state budget spending and public investment projects, according to the Finance Ministry’s latest data, which is in stark contrast with/to GSO’s figures. Vietnam has targeted to bring down the fiscal deficit to 3.5% of GDP in 2020, versus 4.95% of GDP last year.

-Vietnam’s public debts picture is rather gloomy and how to calculate the public debts is still controversial when the Finance Ministry has proposed not calculating the debts of state-owned enterprises (SOEs) in the country’s debts recently. MOF is collecting ideas for the draft law on monitoring public debts. Local and foreign economists also advised Vietnam over how to put the brake on the public debts. Last year, the public debts swelled to 64.73% of GDP, near the 65% ceiling approved by the parliament.

-Bad debts in the economy are seen impeding even choking off the economic growth. Settlement of bad debts remained stuck because of many factors (lack of legal framework, lack of resources, cross ownership…) though Vietnam has two bad debt settling companies (VAMC and DATC) to deal with toxic assets. The bad debt ratio stood at as high as 8.86% (according to a latest estimate by state media), above 6% put by VAMC. Local banks themselves must deal with the bad debts via risk provisions. The State Bank of Vietnam (SBV) has announced the first draft law on the banking revamp and settlement of bad debts. However, Vietcombank Securities projected that bad debt cleanups would not see much improvement this year.

-Credit growth accelerated to 4.06% in Q1, quite fast if compared to that in the recent years.

-The VND/USD exchange rates remained stable thanks to Vietnam’s forex reserves ($41 billion), SBV’s efforts, stronger macroeconomic conditions. After losing 2% in value against the U.S. dollar in Q4/2016, the dong is projected to weaken against the USD by an additional 2% this year.

-The recent hikes of dong deposit rates by a number of small and medium-sized banks came but were not seen a market trend.

-Vietnam’s government is still in process of considering lifting the foreign ownership limit (FOL) in a local bank to 30%, 35%, and 40% under a roadmap in the future.

-The State Bank of Vietnam has recently issued a Circular requiring ten banks participating in the implementation of BASEL 2 standard to meet the capital adequacy ratio (CAR) of 8.0% commencing from early 2020.

– Vietnam’s state-owned enterprises (SOEs) have divested a combined VND3.07 trillion ($136 million) worth of state stakes from other firms, booking proceeds of VND14.24 trillion in the first three months of this year, said Agency of Corporate Finance, under the Ministry of Finance (MoF).

– Authorities approved the privatization plan of seven firms with total value of VND1.85 trillion, including VND379 billion from the state capital.

– According to a decision issued by the prime minister in late 2016 to classify SOEs and state-invested enterprises and provide a list of SOEs to be equitized in the 2016-2020 period, the state will divest from 137 SOEs, such as Vietnam Rubber Group and telecommunication group MobiFone.

– Vietnam will allow strategic investors to sell their stakes in equitized state-run enterprises (SOEs) after they hold the stakes within three years instead of five years as current regulations, part of a government draft decree on criteria to choose and sell stakes at the equitized SOEs to the strategic investors.

– Vietnam will allow the market members to borrow government bonds (g-bond) for sale, part of Circular 10 that will come into force on Sept 1, 2017. The Ministry of Finance issued the new circular on Feb 7 to amend and supplement some articles of Circular 234 guiding the trading management of g-bonds, guaranteed g-bonds and local authority bonds with new points concerning the classification of members; sanctions of membership termination; reporting forms; and listing and trading management.

– FOL hike: In January, Prime Minister Nguyen Xuan Phuc gave signals for a lift of the foreign ownership limit (FOL) in local banks from the current at 30% as early as this year. The easing of FOL aims to quicken the overhaul of Vietnam’s banking system and lure overseas investments for boosting economic growth.

– At the press conference on Mar 9, Chairman of the State Securities Commission of Vietnam (SSC) Vu Bang said that the derivatives market is expected to launch in May or at the latest in June and covered warrant will be introduced in September.

– SSC issued a roadmap for upgrading to an emerging market from its frontier market status and plans to set up a parent company to manage the HOSE and HNX, he said.

– The value of the portfolios of overseas investors in Vietnam’s stock market reached $18.4 billion as of Feb 28, the highest figure so far, Chairman of the State Securities Commission of Vietnam (SSC) Vu Bang said at a press conference on Mar 9. The figure, however, is lower than the sum of $21.9 billion given earlier by the National Financial Supervisory Commission (NFSC).

– The merger and acquisition (M&A) market is likely to further flourish this year with capital flow from foreign investors to pour into Vietnam. The acceleration of state-run enterprises (SOEs)’s privatization will capture the interest of foreign investors in 2017, experts said at the Vietnam Access Day 2017 held by Viet Capital Securities Company (VCSC).

– International investors have expressed optimism about outlook for the Vietnamese stock market thanks to the growth of foreign direct investment (FDI), gross domestic product (GDP) and the government’s efforts to accelerate state-run enterprises (SOEs)’s equitization. Vietnam’s benchmark VN Index has risen 7.7% from the beginning of this year and increased 15% in 2016. Foreign fund management companies plan to buy the Vietnamese stocks, the Tap Chi Tai Chinh newswire reported.

– The State Treasury of Vietnam has raised a total of VND56.5 trillion via government bonds via the Hanoi Stock Exchange (HNX) in the year to Mar 29.

– In 2017, the Ministry of Finance will refine policies, ensure supply-demand and develop intermediary institution to develop a stable bond market. The ministry plans to submit a roadmap on the development of the bond market for the 2017-2020 period with a vision to 2030 to the prime minister this year, and a decree replacing another one on corporate bond issuance to the government.

The two foreign-run ETFs finished restructuring their holdings in the first quarterly review.

-Vietnam’s police are expanding an embezzlement case at state-run Vietnam Oil and Gas Group (PetroVietnam)’s PetroVietnam Construction Joint Stock Corporation (PVC) in an effort to expand the case which relates to PVC’s former Chairman Trinh Xuan Thanh. The ex-official and his accomplices allegedly causes losses worth VND3.3 trillion ($148 million) to the state-owned enterprise in 2011 – 2014. Mr. Thanh is now under international wanted notice.

-Vietnam will launch a soft loan package worth VND100 trillion ($4.43 billion) the hi-tech agriculture in April.

– Vietnam has been making efforts to complete the compensation for victims of Taiwanese Formosa-caused sea poisoning at the end of April 2016. Demonstrations against Formosa have regularly taken place at areas near the multibillion-dollar steel complex to protest the trivial compensation and the company’s operations.

– Hong Kong-invested Vietnam Lee & Man Paper Manufacturing Ltd has admitted that the trial run of its paper plant located in the Mekong delta province of Hau Giang has polluted the environment. This $1.2-billion complex project got licensed since 2007.

– The capital city of Hanoi is suffering increasingly harmful air, according to the statistics by local air monitor institute Green Innovation and Development Center (GreenID) and daily statistics by the U.S. Embassy in Hanoi. According to GreenID, during the January-March period, 37 out of 90 days in Hanoi had the concentration of particulate matter 2.5 (PM2.5) during 24 hours, higher than the national limit of 50 micrograms per cubic meter. Meanwhile, on 78 days, the air data violated WHO guidelines. 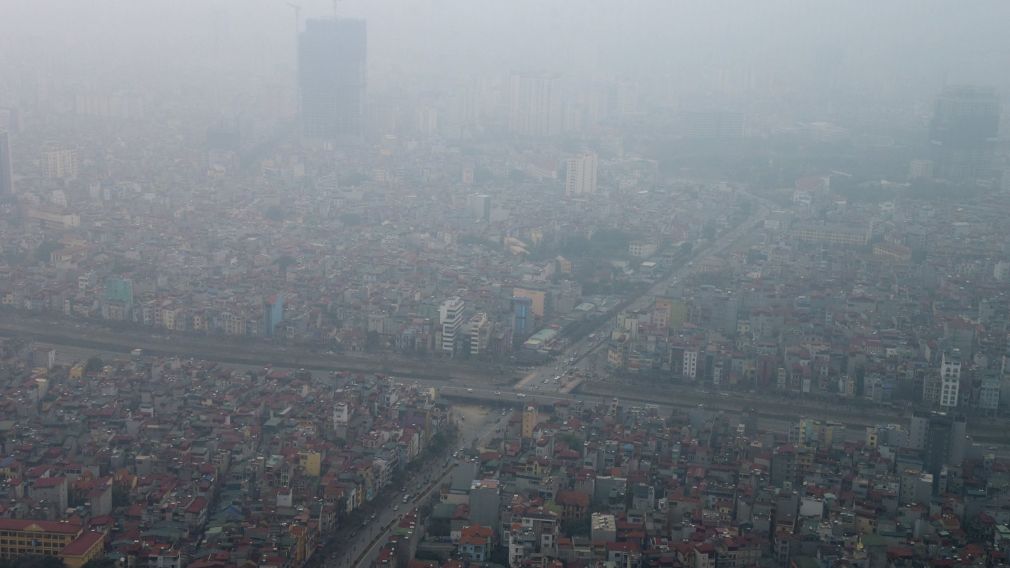 -Vietnam Association of Supporting Industries (VASI) was officially launched in Hanoi on March 18 to connect and improve capacity of enterprises in the field of supporting industry.

-Vietnamese policymakers are looking at ways to safeguard the domestic automobile industry against foreign rivals as the domestic industry is expected to face more hurdles in the years to come following the enforcement of several free trade deals.

-Vietnam’s experts have predicted that the retail selling power prices will be hiked soon after the Government Office conveyed Deputy Prime Minister Vuong Dinh Hue’s ideas that the Ministry of Industry and Trade needs to direct state-run Vietnam Electricity (EVN) group to work on plans of adjusting electricity prices in 2017 and submit the results on March 25.

– Thailand-based Siam Cement Public Company Limited (SCG) has raised its stake from 46% to 71% in the long-delayed Long Son Petrochemicals (LSP) project in Vietnam, making the industrial conglomerate the biggest shareholder. The acquisition was done via SCG’s wholly owned subsidiary, Vina SCG Chemicals Co Ltd. The stake was purchased at $36.1 million from Qatar Petroleum International Vietnam Ltd, a subsidiary of Qatar Petroleum International, which pulled out from the $4.5-billion project in 2016.

-Vietnam has licensed 26,478 new businesses with combined registered capital of VND271.24 trillion ($11.95 billion) in Q1, up 11.4% on year in number and 67.2% in value, according to the Business Registration Management Department under the Ministry of Planning and Investment.

-Nearly 7,700 cyber-attacks were recorded by the Vietnam Computer Emergency Response Team (VNCERT) under the Ministry of Information and Communications in the first three months of this year. The cyber-attacks focused on websites of the government agencies, banks, airports, and power and telecommunications firms.

– Samsung Display Vietnam (SDV) on Feb 24 received the final approval from the Vietnamese government to invest an additional $2.5 billion in its plant in the northern province of Bac Ninh, which marks the first multi-billion-USD project in Vietnam this year. With the latest move, Samsung Display’s total investment in Vietnam is going to be $6.5 billion. This reaffirms Samsung’s position as the biggest foreign investor in Vietnam.

– Vietnam is estimated to run a trade gap of $1.9 billion in the first quarter of this year, including a gap of $1.1 billion in March, compared to a surplus of $1.2 billion in the same period of last year. The three-month trade gap is likely to be equal to 4.35% of the country’s total exports between January and March, according to latest data of the government-run General Statistics Office.

China continued being the biggest supplier of commodities to Vietnam, accounting for 26.08 % of Vietnam’s total imports in the period. Vietnam’s trade gap with China is estimated to fall 8.1% from the same period of last year to $5.9 billion in the first quarter of this year.

Meanwhile, the U.S. remained the biggest importer of Vietnamese goods with a value of $8.7 billion, rising 4.1% on-year and accounting for 19.89% of Vietnam’s export revenues during the period. The Southeast Asian nation recorded a trade surplus of $6.4 billion with the U.S. between January and March, the office noted.

– The implementation of the WTO’ Trade Facilitation Agreement (TFA) is expected to facilitate trade between Vietnam and members of WTO.

– Eleven members of the landmark TPP deal will gather at a meeting in Vietnam in May to decide on the next course of action after the U.S. withdrew from the trade deal in January.

– PM Phuc approved a plan to improve competitive capacity and develop the country’s logistics sector by 2025, aiming to reduce logistics cost to 15%-20% of the country’s gross domestic product (GDP) by 2025, lower than the current rate of 25% of the GDP.

-There were about 130,000 Vietnamese citizens studying overseas as of October 2016, according to the Ministry of Education and Training.

This site uses Akismet to reduce spam. Learn how your comment data is processed.